Specification of the Kingston Digital 64GB 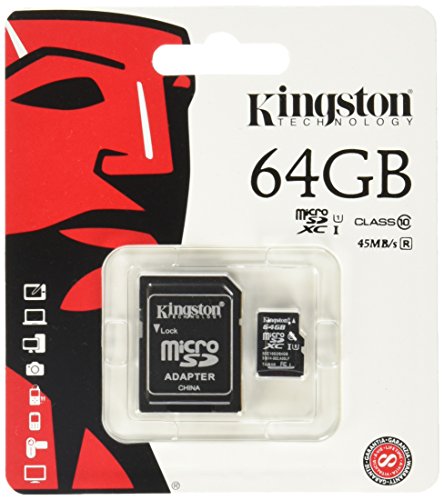 FIRST IMPRESSIONS based on performance

With Smartphone cameras shooting 4k content and people opting for lossless music playback, the need for space is eminent. There was a time when phones were parting away from expandable storage which later turned out to be a limitation. 2021 has seen the return of expandable storage. Kingston is no new name in this game and today we checkout their Kingston Digital 64GB MicroSDXC UHS-I U3 which promises to bring faster read and writes than most in the market today.

Kingston has kept it simple and we like it. The package includes product info with the card and an SD adapter to be used with other devices apart from your Smartphone. The Micro SD Card stands apart with red text on a black card making it scream performance as soon as you take a look at it.

PERFORMANCE from the Kingston Memory card

Being a Micro SD Card, we used it with a Smartphone and the first thing we had to do was fire it up and check the read and write speeds. Kingston promises around 90 MB/s read and about 80 MB/s write. On our file browser test, while transferring multiple files the write speeds averaged at 84 MB/s which was astonishing. Running a few benchmarks resulted in similar test results, with the card surpassing its claimed speed rates. HD tune pro showcased a 104 MB/s read and 87 MB/s write which was pretty much the average on all our tests.Next up was testing these figures in real world scenario. We loaded certain 4k Content and tried playback on several devices and the card did so flawlessly. We also managed to record a lengthy 4k video through a Smart phone and while the phone overheated and crashed the camera app, the video was captured smoothly on the Micro SD XCI Card and everything played smoothly. The card works well blazing fast with USB 3.0

With the current gen content inclining towards improved quality with 4k content and much better music bit rates, the need for Space and Speed is increasingly essential. The Kingston 64 GB micro SDXC UHS-I U3 is a class leading product and surprisingly performs much better than the company claims. This one is a must have for all your data and multimedia needs.Love it? Share it!